@ccimhealth we discuss important features about your immune system and how

@ccimhealth we discuss important features about your immune system and how to make your #immune system more effective at protecting you from #viral infection including covid19. There's evidence that people who never were exposed to the #covid19 virus can still yet have an inflammatory response to it.

As data start to accumulate on the detection and characterization of #SARSCoV2 T cell responses in humans, a surprising finding has been reported: lymphocytes from 20–50% of unexposed donors display significant reactivity to #SARS-CoV-2 antigen peptide pools. 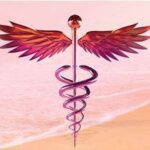